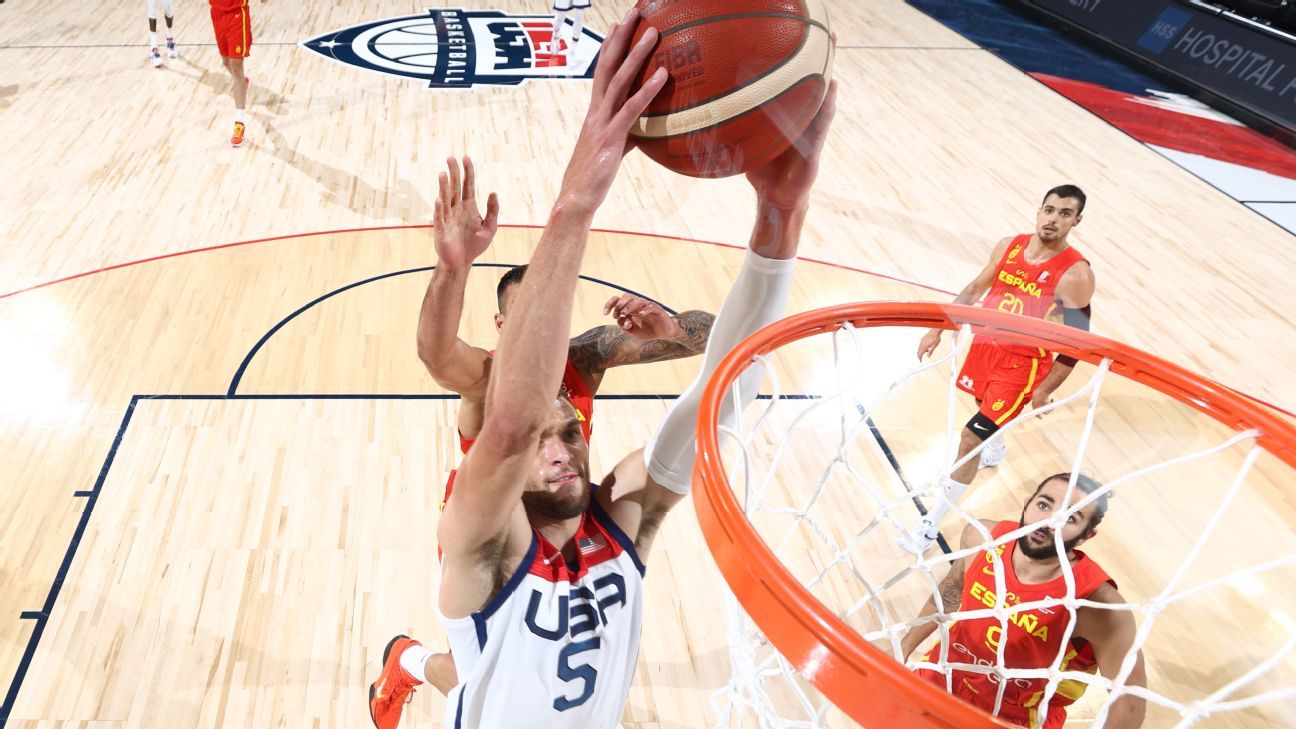 LAS VEGAS — Team USA guard Zach LaVine was put into health and safety protocols on Monday and didn’t travel with the rest of the team on its flight to Tokyo for the Olympics.

USA Basketball said in a statement that it hoped LaVine would be able to join the team in Japan later this week.

He is the third player to be affected in the past week, as Bradley Beal had to leave the team because of the protocols and Jerami Grant was in contract tracing quarantine for four days.

The situation is a potential blow to the team, which will now travel with just eight players. LaVine had started the past two exhibition games in place of Beal and had looked strong through the Olympic run-up. He averaged 10.3 points in the four exhibition games, third on the team behind Damian Lillard and Kevin Durant, and had several impressive transition dunks.

Team USA is waiting on Khris Middleton, Jrue Holiday and Devin Booker to finish the NBA Finals before traveling. Coach Gregg Popovich said Sunday that the players could arrive in Japan just 24 hours before the first pool-play game Sunday against France.

Deep in guards once the Finals reinforcements arrived, the team replaced Beal and the injured Kevin Love with forward Keldon Johnson and center JaVale McGee. Now, it finds itself potentially thin on the perimeter.